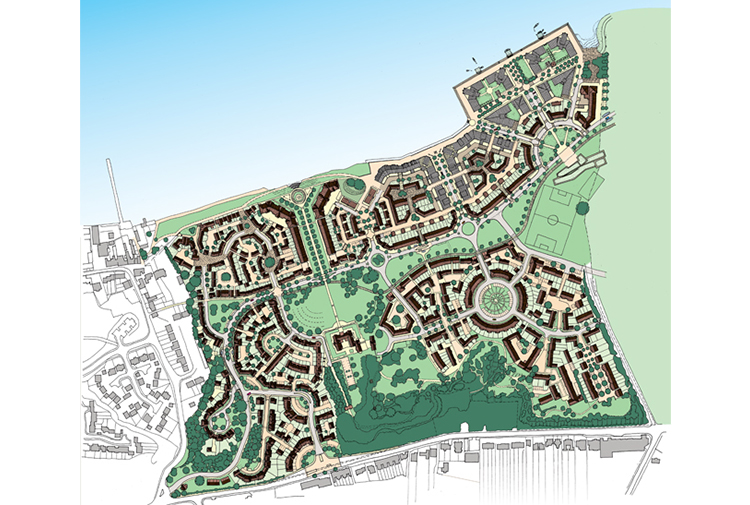 Large scale comprehensive redevelopments should be holistically planned and led by a cohesive and overarching vision. They should also celebrate diversity. Ingress Park is recognised as an exemplar of residential mixed use development and has won many national awards.

Romantic in concept, pragmatic in delivery, Ingress Park’s architectural legacy creates a 21st Century Kent hill-town from a steeply sloping and heavily constrained site. A seamless architectural transition redefines a Kent vernacular and celebrates diversity, whilst having a cohesive sense of place.